On the BoardGameGeek database, a few things immediately stick out about Santorini. You might immediately notice the cutesy cover art, with the cartoon images of Poseidon and Aphrodite gazing gleefully over the picturesque town of Santorini. Or the ‘weight’ of the game as voted by BGG users, a mere 1.76 out of 5. This apparent children’s game seems out of place at #68 in the BGG rankings, right?

First of all, while Santorini is a great game to share with your family, don’t be fooled by the cover art: this is not a children’s game. Even though it’s a breeze to learn, there’s a remarkable amount of strategy and replay value baked in. It’s very much in the same vein as Chess and Go, which have BGG weight ratings of 3.75 and 3.98, respectively.

In Santorini, players control two workers each on a five-by-five grid. On each player’s turn, she must move to an adjacent space (including diagonals) and then build in an adjacent space (again, including diagonals). When building, players place one segment at a time, and towers can grow up to three stories tall. When moving, workers can ascend one story above their current level, or descend any number of stories. The first player to move one of their workers atop a three-story tower immediately wins. 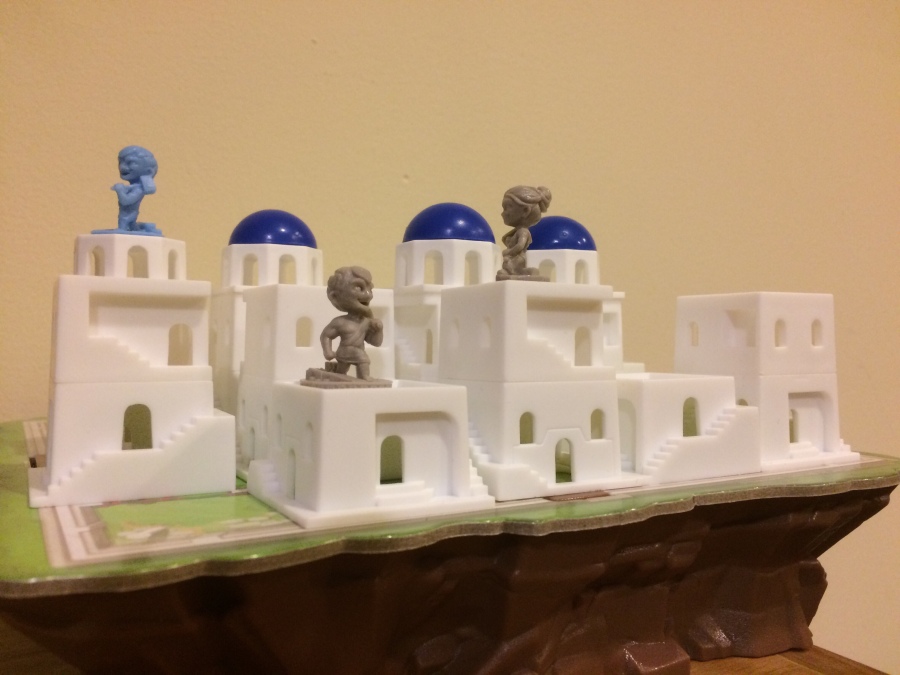 One key complication is that if a player wishes to build on an adjacent space already featuring a three-story tower, they may place a dome on it. The dome restricts any future building or movement on that space. Thus, the key is to position yourself in such a way that you can gain access to a three story tower before your opponent can run over to foil your plans.

A player can also win if his opponent is sufficiently blocked to the point that she is unable to perform a move-and-build action on her turn. This is a rarer, but no less satisfying, way to win.

And that’s all you need to know in order to play the base game of Santorini. While it sounds simple, all it takes is playing against a slightly more experienced opponent to reveal the depth of strategy involved. How well can you analyze the possible actions, and how many moves ahead can you plan?

You might have noticed that in the last paragraph I mentioned the “base game”. That’s because there’s one more layer waiting for you when you’re ready – and it’s what takes Santorini from ‘good’ to ‘great’. The game comes with 30 different “god power” cards. Each one grants a unique action, power, or additional win condition to its owner. It might be something as simple as “your worker can move up to two spaces”, or as complex as “if you end your turn one level higher than one or more adjacent opponents, replace the opposing worker(s) with a block of stone”. 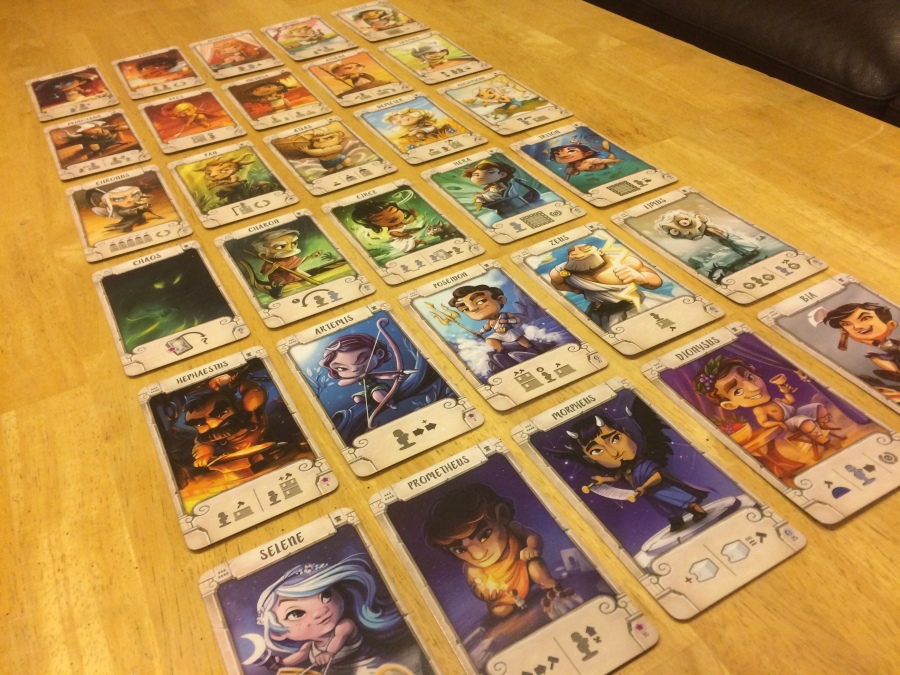 When using the god power cards, each player gets one at the start of the game. For the sake of balance, the rules suggest letting one player select two cards and letting the other player decide who gets which one. It seems to me that the cards are generally balanced enough that you’d also be okay just drawing randomly from the deck, if you prefer.

With a total of 465 possible god power combinations, Santorini is incredibly versatile. These powers can dramatically alter the strategy of both players, making it feel like a new challenge each time you play. I really can’t overstate just how brilliant of an addition these cards are — I’d love to see a similar idea implemented for other abstract games.

The quick play time (10-20 minutes) makes it very accessible as a gateway game, and makes it easy to justify one more rematch… or ten.

The tactile elements of the game (the board, building pieces, and workers) all make it look quite inviting when laid out on the table.

The rules are succinct and clear, with helpful illustrations that are top-notch. 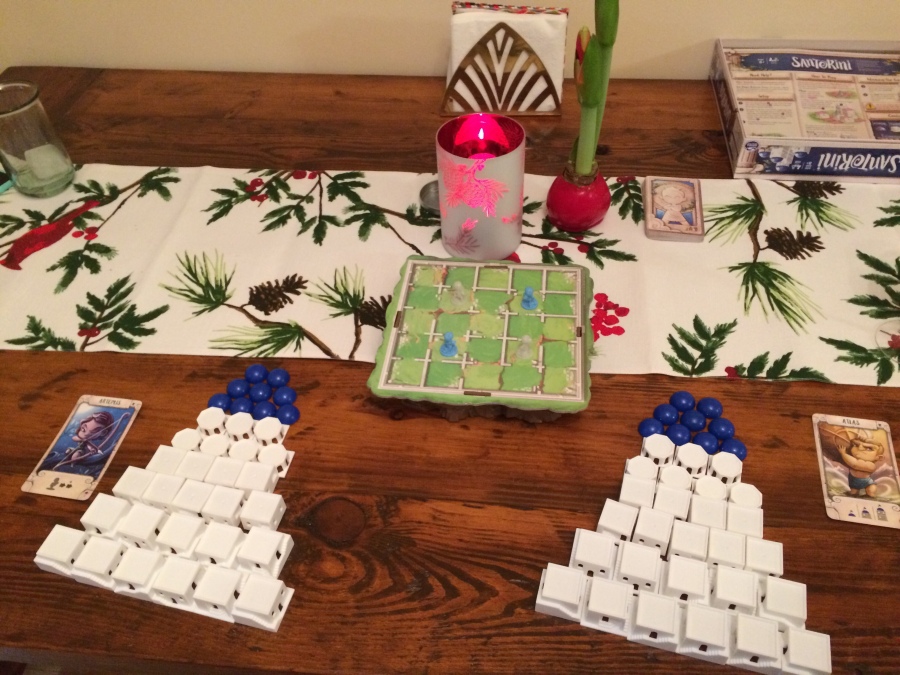 While the pieces are beautiful, it can be a bit clunky to set up and tear down, relative to the short play time. And it seems like with a little ingenuity, Roxley Games could have designed nesting pieces that would greatly reduce the storage footprint of the game.

I find that new players are constantly reaching for the wrong level tower. I can understand not wanting to mess up the aesthetic, but some touch of color to identify the towers (especially levels 1 and 2, which are quite similar in size and shape) likely would have been helpful in this regard, and for general ease of sorting the pieces.

Although the game’s cover can make it look like a children’s game, Santorini is really quite strategic and can be enjoyed by all ages. With the god power cards injecting so much variability, Santorini has quickly become my favorite two player game, and one of my top new games of the past year. I’d highly recommend it to anyone, but particularly to fans of abstract strategy games like Chess or Go.